A lethal virus has infected Treasure Island,San Francisco. It is up to Captain Winter, a U.S. Army soldier working with the Center for Epidemic Research and Control (CERC), to stop the mysterious and deadly Pangu Virus from spreading to the mainland. The Cepheus Protocol is an independently developed top-down RTS inspired by XCOM, Company of Heroes, and Parasite Eve.

In Cepheus Protocol, you will make decisions that will force civilians to either rally behind you or attack you outright. How you decide to combat the virus is entirely up to you. You can fire bombs and leave no trace of human life behind or you can try and save everyone at the cost of your squad’s safety. The game features a full day and night cycle and will adapt over time to make the Infected more dangerous as the days progress. The Infected will mutate and adapt to the player, creating a challenge at every turn.

You will control fully customizable teams that you will send into the infection zones to do CEDA Missions, help civilians, or just seek out Patient 0 . You will lose men if your arent careful and be forced to train and recruit from your player base. Each solider will be unique to a point with randomly generated traits and skills allowing you to tailor them with specific tactics.

You will have to use all the tools in your arsenal and research the plague to discover its origins. You will use your knowledge to cure it to stop the virus before it causes everything to spiral out of control. You will hunt Patient 0, a unique carrier with special abilities that gets stronger as the days progress. You will be confronting and fighting her over a span of main missions and side objectives riddled across the island.

State of the Game

Well folks we’re closer then ever before to having the first build internally for being able to play all the mechanics and systems together in a complete playtest with mission scripting. As we near December everything will fall into place and leave us in a position to play the first few hours of the game and start to move resources around to polish and tweak aspects before we start to seek private QA testers. We’ve come an extremely long way since starting development of this game in late June and in about 6 months we would have gone from idea to actual game you can pick up and play. I think thats a huge milestone for our development team coming up in mid December.

So what does this mean for you? In Q1 of 2019 we will be starting to seek outside QA testers that will be required to sign an NDA to pickup the game and be the first to play it. Tell us what works, doesn’t and give us feedback to help inform our design processes. Over the 2-3 months we project we’ll address balancing and QA sessions we’ll start to reach out more to the community plus give out free keys to our play-tests and rely on you guys for feedback.

We have also cast all VO roles and will start to make announcements over the next few weeks as we lock them in and get their approval to announce their casting. Now i leave you with the latest version of our Theme composed by our brilliant composer Georg Mausolf

Robert: I worked with Andrew and Derek and tag teamed the vehicles getting them fully functioning and plugged into the motor pool build system. We got all the vehicle transports functioning and even got the Striker Guns so it properly targets and defends itself.

Derek worked on the Away and Defensive teams settings that allow you to fully staff and setup which units wil have free rein to move outside the base perimeter while other units outside these “Away teams” are restricted to guard patrol and protect player bases.

Chris Na worked on further main menu mock up designs we chose a few and passed it over to the cutscene artists to flesh out and create in a 3D space for our dynamic 3D main menus. 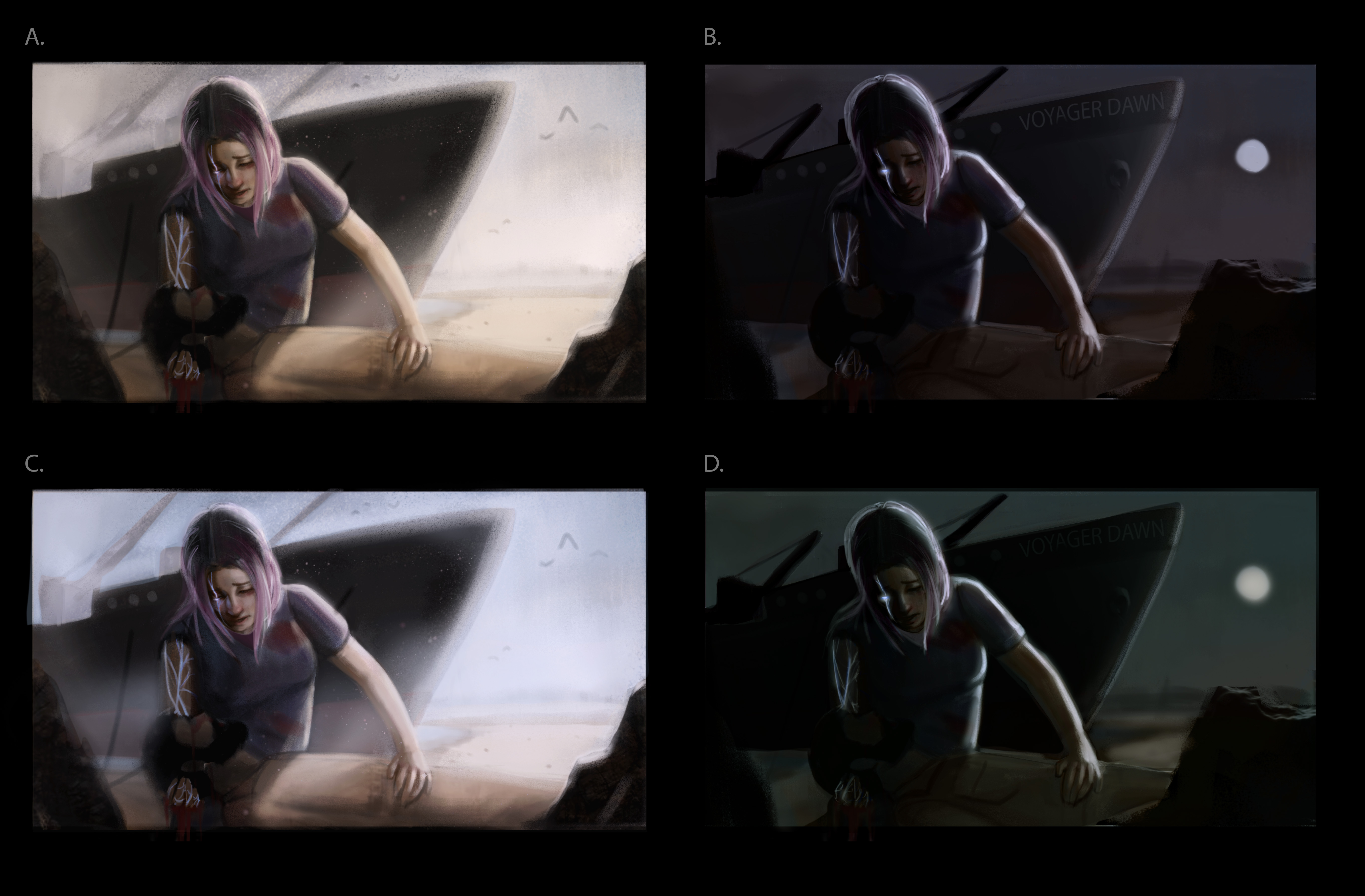 Juniardi worked on further mood painting and helping the level designers structure their look latter in the game. 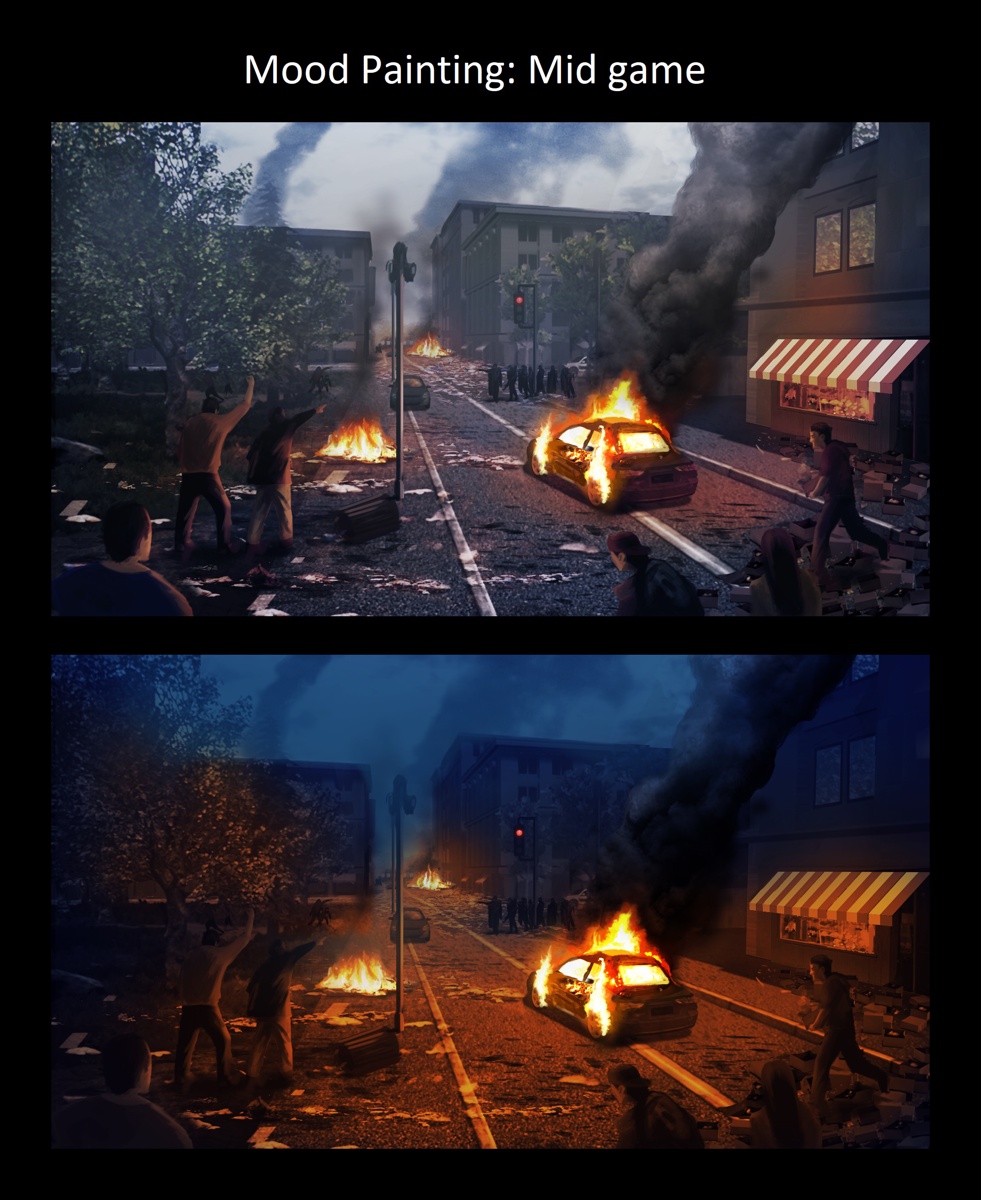 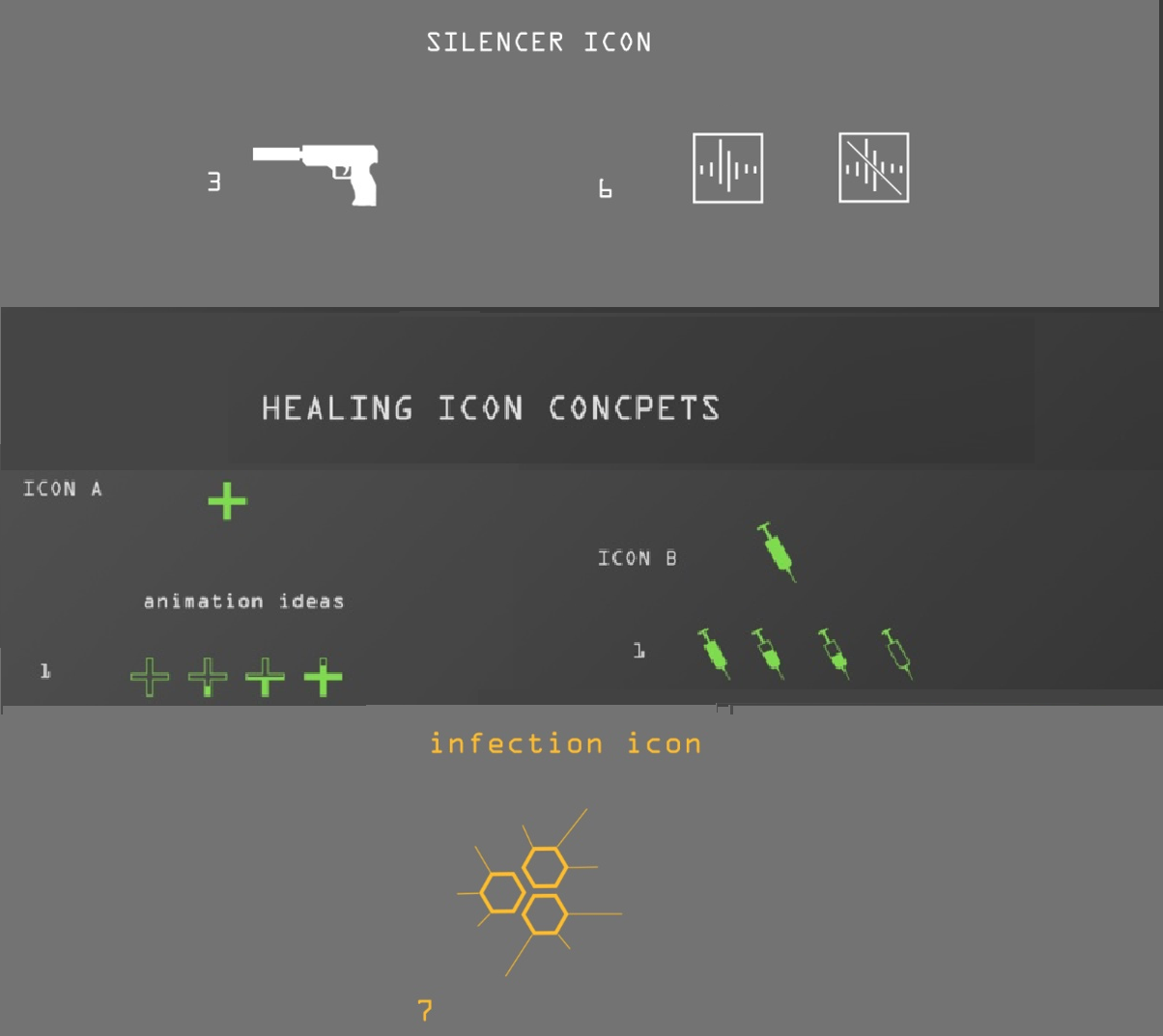 Clara worked on the Skin shaders and going for simpler art style approach to skin shaders. 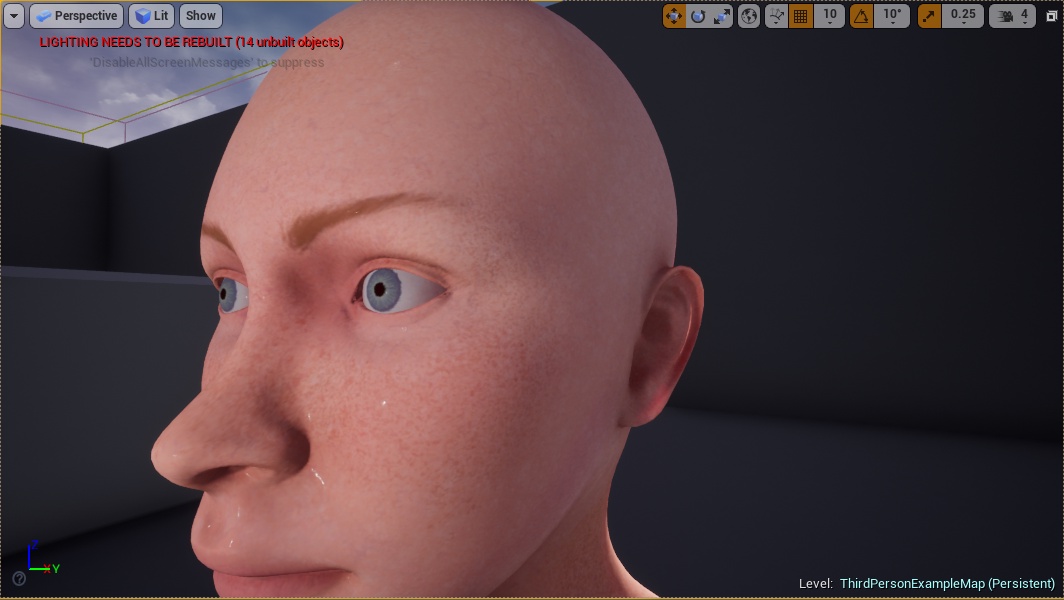 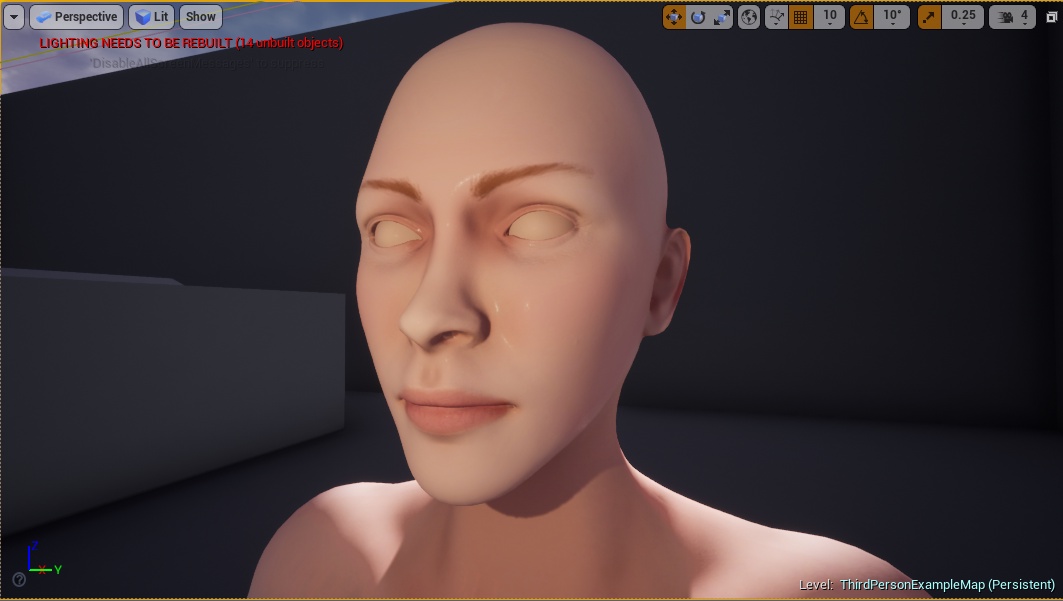 She also worked on the Poses for the “Live Main Menu”. She’ll be doing the final poses and setting them up over the next day or so and working to finish all the main characters for our big internal build.

These will be 3D Menu’s that the camera will pan around while your just idling on the main menu of key moments of the games story arcs. 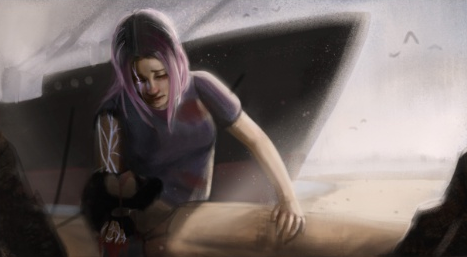 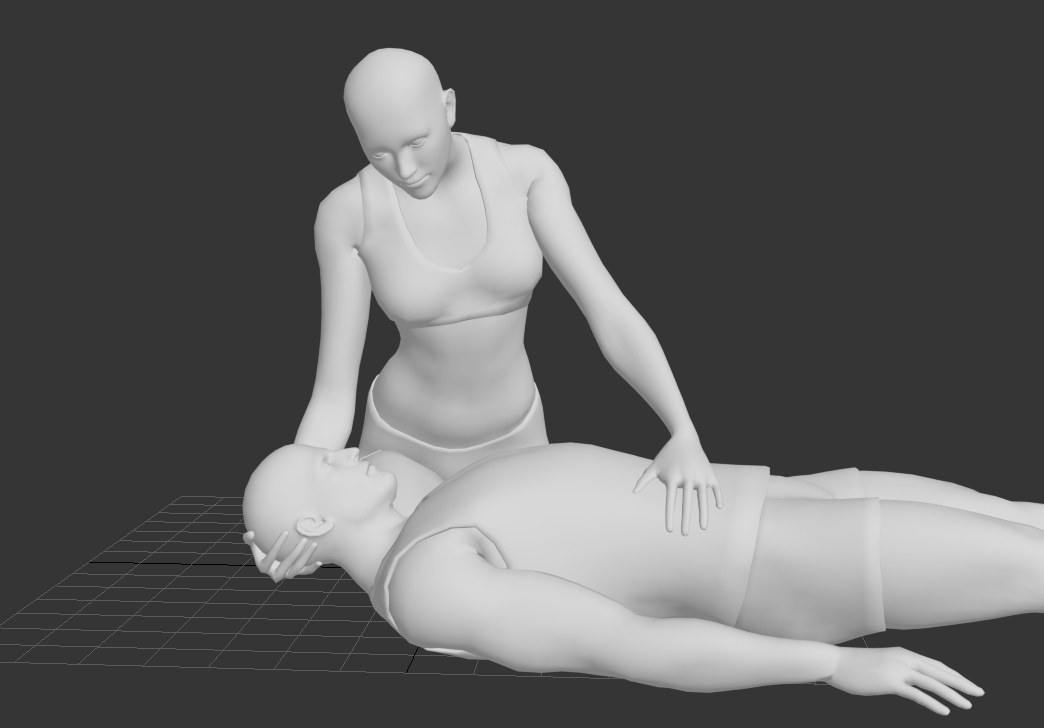 Fabian got the Spitter done and started on the last enemy class. 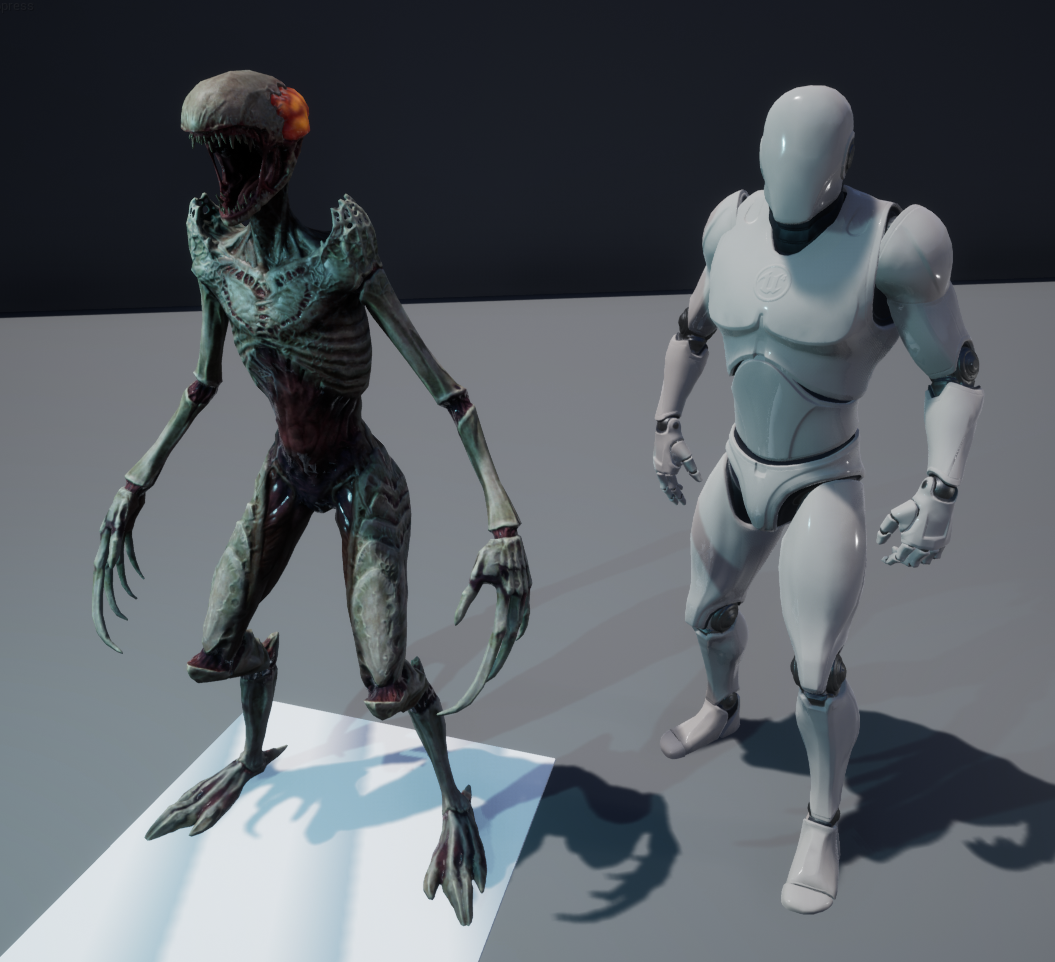 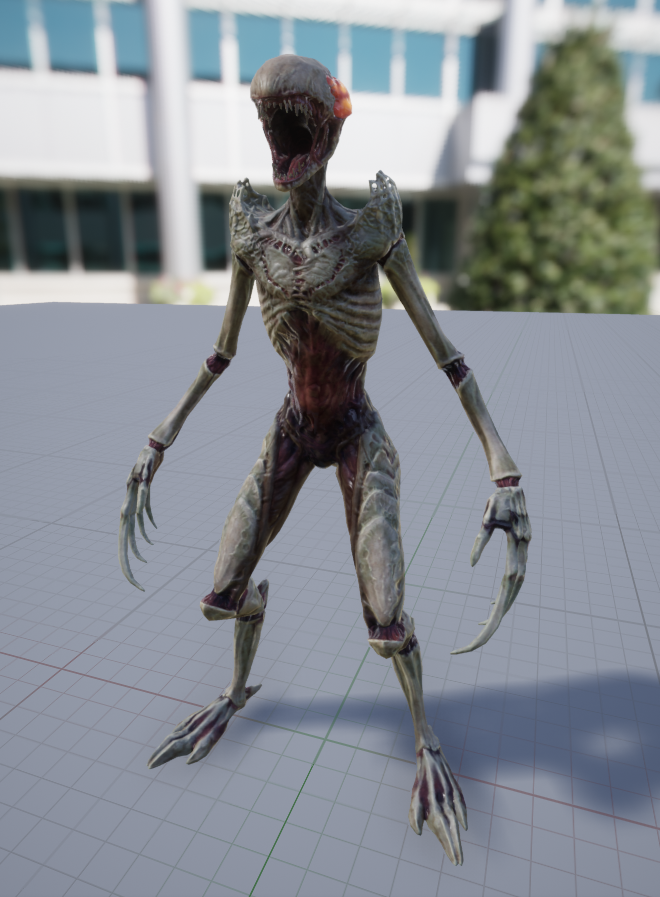 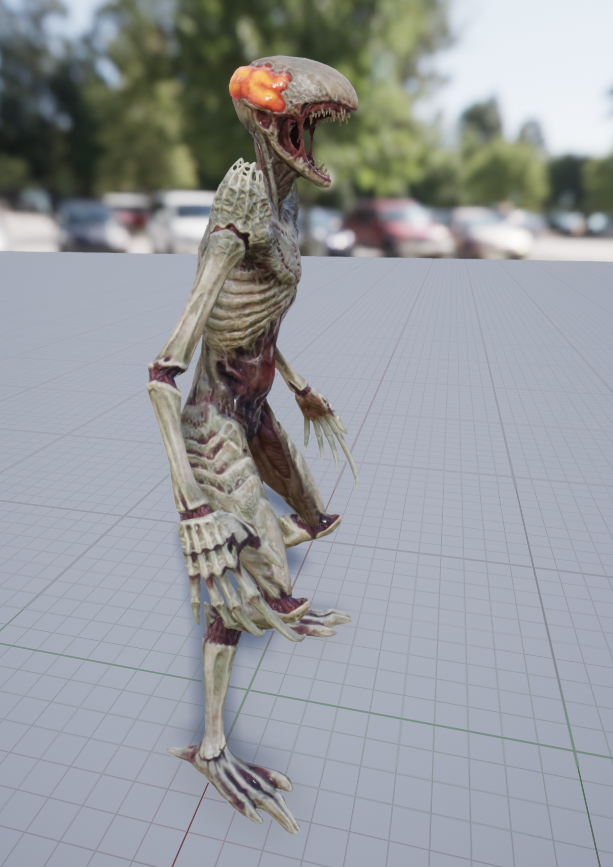 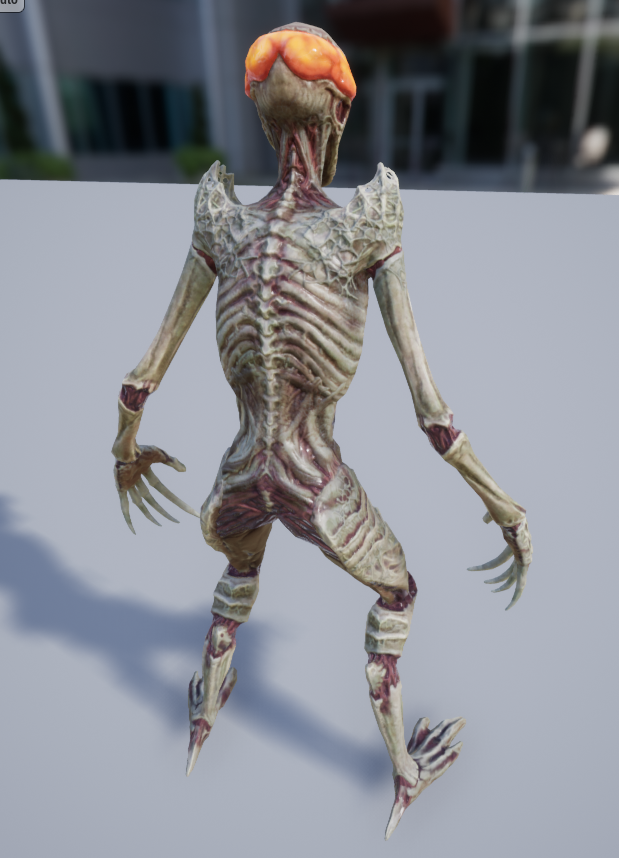 Vesa worked on his assigned grids and finalization before he moves onto the final grids for the left island.

Joel worked on the hospital starting mission and doing blockouts to get it situated for mission scripting.

Anthony meshed out the barracks arena parring some final discussions relating to gameplay its getting close. We are getting some paint-overs done for these sections to help flesh and make this area pop a bit more! While he works on the exterior for a week waiting for those assets. 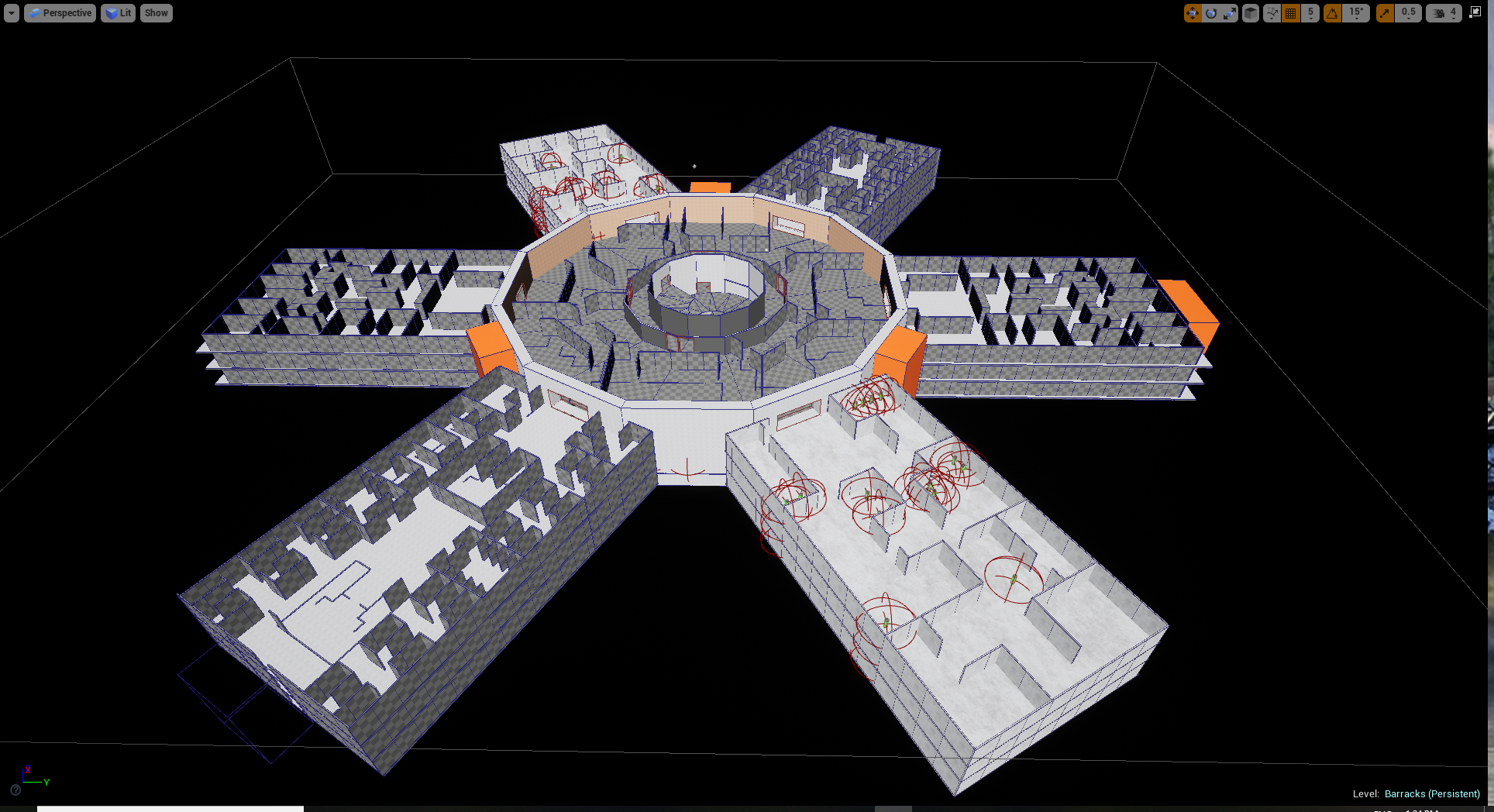 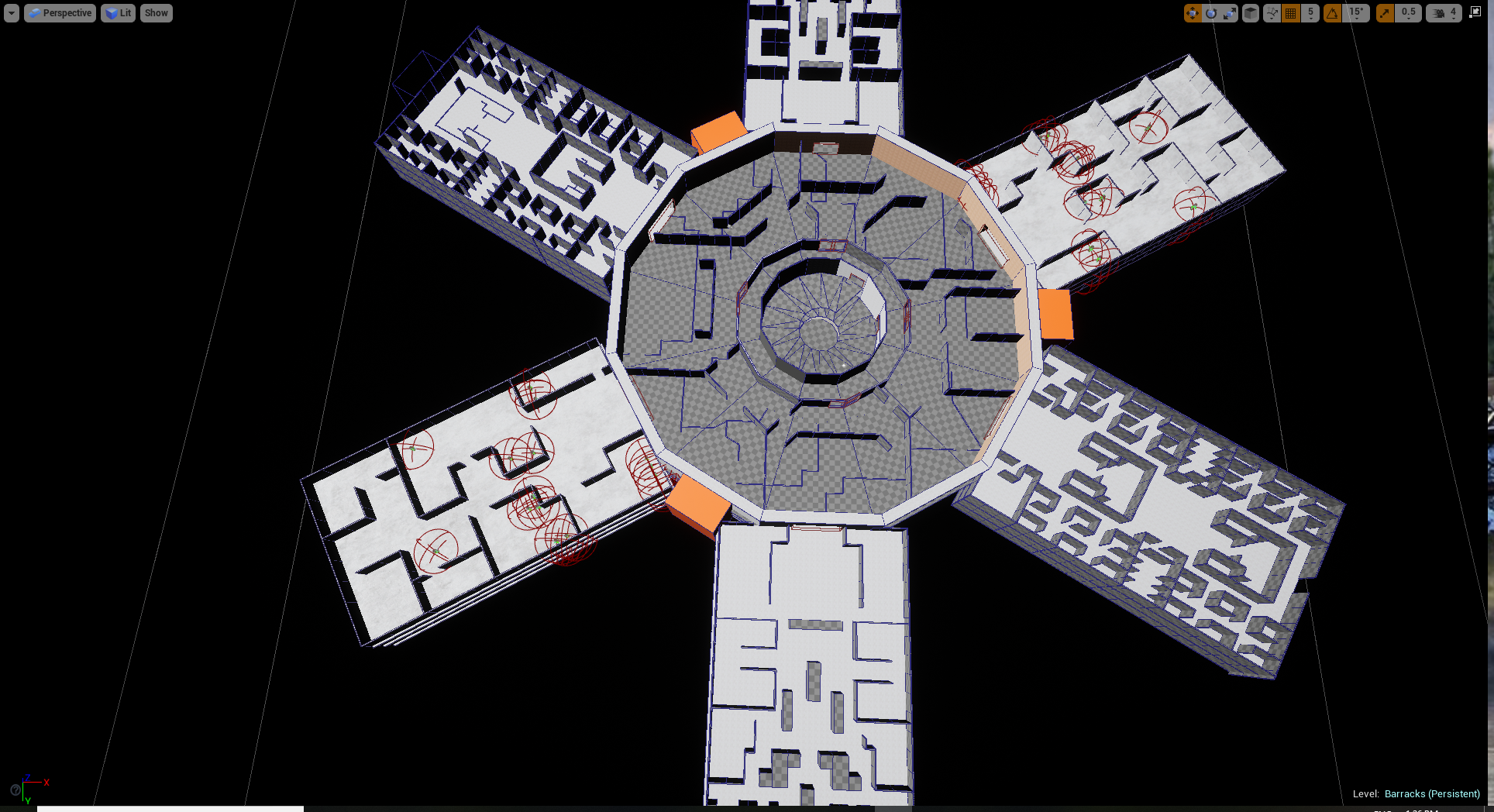 Derek P worked on the interiors for various warehouses and misc structures.

It should be noted we’ll be expanding our animators in November to start cutscene work and to work with Clara and getting the final elements situated. Expect to see more progress in terms of animation from these base animations over the weeks to come!

If your an animator or interested in helping out shoot us an email!

Currently we are seeking talented individuals in the following roles. It should be noted the project is post launch compensation and we are incredibly willing to work with any individuals schedule that might be interested. Feel free to send me an example at with your reel.portfolio and/or website.

We started a Discord! Join it and support the game we’re still turning on the lights so it will be more filled in over the next few days! 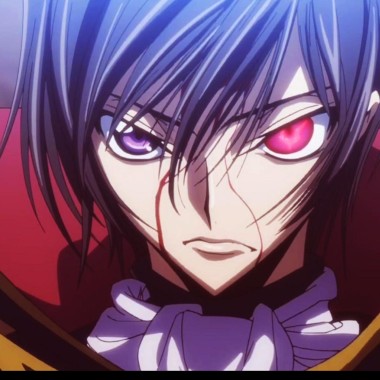